You Can Actually Take A Gaming Laptop To Work 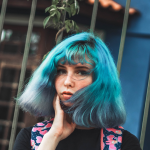 Gaming Laptops have never been a good suit for business or work. They were infamous for being bulky and offered very poor battery backup – even when not gaming. They used to be heavy, you couldn’t just carry a gaming laptop all day without getting back pain in the evening.

What’s more, gaming laptops are considered taboo in many offices – partly due to their unprofessional look and the ability to distract. But things have changed, a lot.

These days a gaming laptop can even compete with an ultrabook in terms of style, portability, and battery backup. Even if you aren’t a serious gamer and just want a capable machine for work, a gaming laptop may actually be a good choice.

Why gaming laptops got such a bad rep

When we think of a gaming laptop, we often visualize a big, chunky machine with noisy fans and bright RGBs. Most high-performance gaming laptops are bulky because of the bigger heat pipes and thermal vents they feature. These bigger systems are more efficient at transferring heat, but also eat up more space.

Gaming laptops are also infamous for being noisy, courtesy of the powerful fans that run fast and loud to dissipate the enormous amount of heat generated in such a small space.

Besides, All the components (e.g: CPU, GPU) of a gaming laptop are tuned for maximum performance. So they generally use more power and provide poor battery backup.

Gaming laptops have improved a lot

So what has changed? Well, a lot of things. Some major improvements in the last few years have changed our view of portable gaming rigs. They have become much more compact and portable. And thanks to design optimizations and more efficient chips, gaming laptops these days can offer battery backup that’s on par with the regular ones.

Laptops conventionally use heat pipes to move heat outside. A heat pipe is a gas-filled metal component with high heat conductivity. With the help of a cooling fan, it transfers the heat produced by the CPU and GPU to the outside of the laptop. This is efficient enough for most types of laptops, but not for gaming.

When gaming, the high-performance CPU and GPU of a gaming laptop can generate an enormous amount of heat in a very small area. Conventional smaller heat pipes simply can’t transfer that much heat to maintain an optimum temperature, so manufacturers generally incorporate larger systems or just limit max performance.

And more recently, we have a new tech in the market: the vapor chambers. It works on pretty much the same concept as heat pipes, but they have a major distinction in design. Instead of separate pipes, a vapor chamber collects heat using its body surface from the CPU and GPU. The bigger surface area allows more heat to be transferred, while also removing the need for extra components. This is what allows for those sleek and compact laptop designs that we’ve seen in the Razer Blade series.

Since Razer introduced vapor chamber cooling in 2018, it has been used in many high-performance, premium gaming laptops. And it has allowed Razer to make some solid-performing notebooks that are as portable as a business laptop.

Back in the day, a gaming laptop’s battery was just for emergency use. They wouldn’t even last more than an hour or so, even if you only watched movies and browsed the internet. At that time, gaming laptops were only tuned to maximize performance, optimizing the system for energy-saving wasn’t a priority for most manufacturers.

But thanks to new innovations in laptop design and the development of better processors, Gaming laptops can offer more than 6 hours of backup under a normal workload.

Gaming laptops can be great for business works

Even a few years ago, gaming laptops were just a big no for business and office work.

The biggest problem was the look. Almost all gaming laptops looked similarly unprofessional – with their bulky appearance and colorful design that screamed for attention. But now, there are gaming laptops that may be classier and bold-looking than a premium ultrabook. Just take the super portable ROG Zephyrus G14 for example, there’s no way to tell its nature due to its neutral build.

A gaming laptop is a powerful machine. And sometimes, having that extra bit of power helps – especially when you’re in a tech-related company. Even if you’re not a tech guy, there are many professional softwares (i.e: AutoCAD, Adobe Premier Pro, Unreal Engine, etc) that require a high-performance machine.

Of course, a business laptop is enough to run most programs you may need. But you sure don’t want your low-cost laptop that may limit your creativity at the office.

Gaming laptops are primarily designed for youngsters and e-sports guys. So there are many design components that just don’t go with the office environment. One of them is RGB lightings. They are just not professional in any sense. These colorful lightings may enhance your gaming experience, but when you take the laptop to the office, turn them off. And if the logo on the back is backlit, turn that off too.

Moreover, set the performance profile of the laptop to Silent or Power-saving mode. This reduces fan noise and heat generation, keeping unwanted attention away.

Gaming laptops are improving over time, with their manufacturers regularly rolling out effective solutions to the current lackings. Although not there yet, the potential that gaming laptops have for the future is fascinating, really.